Marxist-Humanist Initiative (MHI) began in April 2009, following the collapse of previous Marxist-Humanist organizations. It aims to contribute to the transformation of this capitalist world by projecting, developing, and concretizing the philosophy of Karl Marx (1818-1883) and its further development in the Marxist-Humanism articulated by Raya Dunayevskaya (1910-1987).

Today’s political, economic, and environmental crises present a moment to engage people in discussion of these ideas. MHI is dedicated to the task of proving theoretically that an alternative to capitalism is possible. We are distinguished by our economic analyses, which do not merely assert, but demonstrate, that the only opposite to the current world economic system is its abolition and replacement with one not based on the production of “value.” Because capitalism cannot be fundamentally reformed, attempts to reform it lead to an intensification of state-capitalism, not socialism.

MHI’s ideas and actions, as well as our structure and rules, are guided by the interests of working people and freedom movements of people of color, LGBTQ people, other minorities, women, youth, and all those around the world who are struggling for self-determination in order to freely develop their own human natures. We have no interests separate and apart from theirs. To this end, we open our website to the widest possible dialogue with people around the world. We intend to practice, as well as espouse, a two-way road between our organization and people outside it as essential to developing a single dialectic in the relationship of theory to practice—and as the way to assure the survival of Marxist-Humanism.

Our collective is working to create an organization so firmly rooted in its philosophy that it will not succumb to diversions that may arise from personal agendas, and that will be capable of developing and concretizing that philosophy over the long haul, regardless of who its members may be. It is no simple matter to create a democratic organization that is at the same time effective and able to resist efforts to divert it from its goals. We are aware that Marx never achieved an organization based on his philosophy, and that Dunayevskaya’s organization disintegrated following her death. But we have made progress on this matter, with our Principles and By-Laws, and by recognizing that Marxist-Humanism cannot be carried on by chance, or by individuals alone. An organization is needed to test and prove ideas. We invite all to join us in this discussion and initiative. 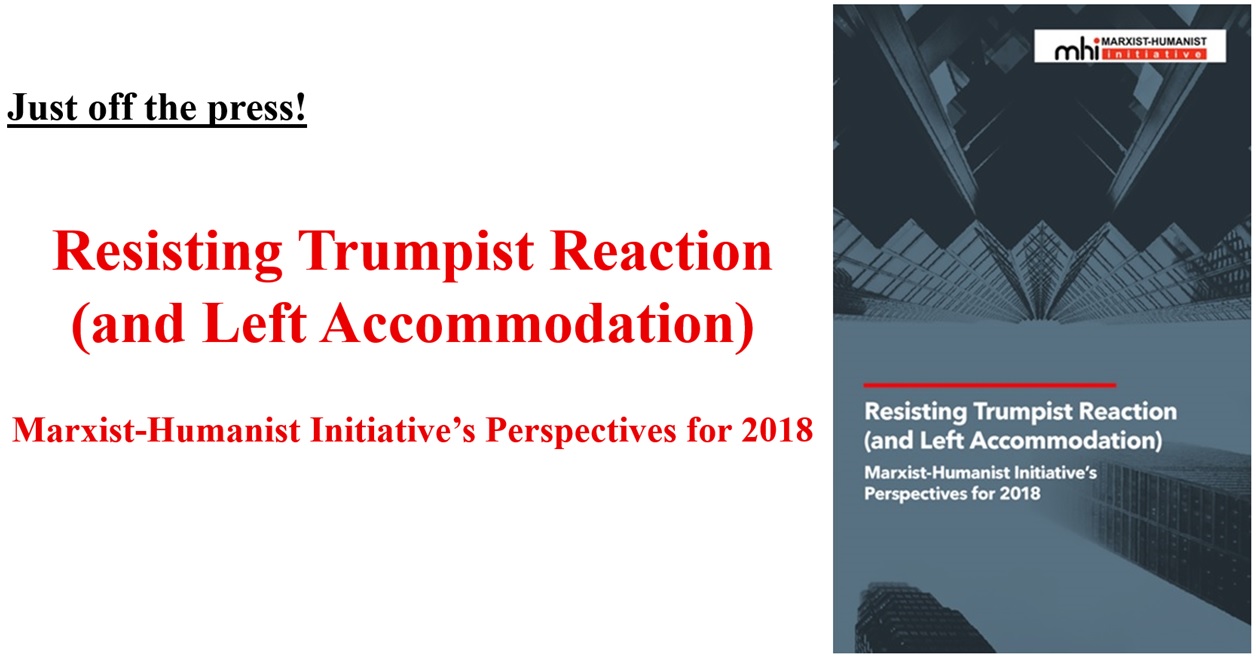