Soccer, called football outside of North America and Australia, has recently seen a bit of an earthquake that received media attention in the US too. Twelve of Europe’s richest clubs announced, on April 18, 2021, the creation of The Super League, which was to be played outside of the realm of Europe’s football governing body, the UEFA (Union des Associations Européennes de Football).

The intention behind The Super League was to generate extraordinary returns on investment, as well as to protect the investment from the risk of poor team performance on the pitch (the playing field). However, because of fierce resistance from all over Europe, The Super League collapsed like a house of cards only three days after its announcement. I argue that this rather sudden collapse can be understood in the context of the ongoing grass-roots resistance from fans against European football clubs as vehicles of unshackled profit-making.The league had twelve “founding members” alongside three co-opted members. All fifteen would have played in the League permanently, i.e., without the need to qualify or the threat of relegation. The twelve clubs are:

There would have been five more teams, to be promoted to the league if they performed well in their domestic leagues in a season, yet those five would have faced the threat of relegation.

So what prompted the creation of The Super League? Gary Neville, a prominent former player of Manchester United FC, called it “an act of pure greed”. The League is modelled after profit-generating US sports leagues and is a syndicate of Europe’s twelve richest football clubs, with the remaining eight teams only drafted as tokens to keep up some appearance of a grounding in the sport. So, plain and simple, the idea was to make big money.

At present, the UEFA organises the marketing of European football and regulates the pay-outs to each club. But the twelve clubs wanted to break away from this model, intending to market their brands themselves, generating a substantially larger income stream to be divided up according to the League’s own rules. And the twelve have to generate larger revenues than they currently do because they pay ever-increasing, distasteful, sums of money for player salaries and player transfer fees (a sum to be paid when buying a player out of an existing contract with another club). These sums have lead to the accumulation of horrendous debts.

In other words, the twelve have been plotting to increase their revenues to be able to keep serving their debts and to start making longer-term profits. In short, the intention behind The Super League was to generate extraordinary returns on the investment. Tied to this is the fact that the twelve, plus the co-opted three, cannot get relegated from the League, which is, plain and simple, a mechanism to protect investment from risk. But not getting relegated severely limits competition on the pitch, so the only interesting question is: who will make the knock-out stage and who will be champion? It’s capitalism in sports, unshackled.

The Super League encountered insurmountable resistance across Europe because of these issues. Many clubs and domestic governance bodies called for the twelve clubs to be banned from their national competitions, and for respective players to be banned from joining their national teams. Similarly, three country leaders, Boris Johnson, Emmanuel Macron and Mario Draghi, spoke out against The Super League. Consequently, by April 21, 2021, the co-opted members had declined their invitations outright, while founding members had withdrawn one-by-one, leaving only three clubs in the League as of April 22, 2021.

The demise of The Super League after only three days on paper is no small success for grass-roots fans’ resistance against unshackled sports capitalism. FSE (Football Supporters Europe), the association of European football fans, rightly state on their website that “… we have witnessed the overwhelming effectiveness of collective action and solidarity, which, it turns out, are more than a match for the wealth of oligarchs”. 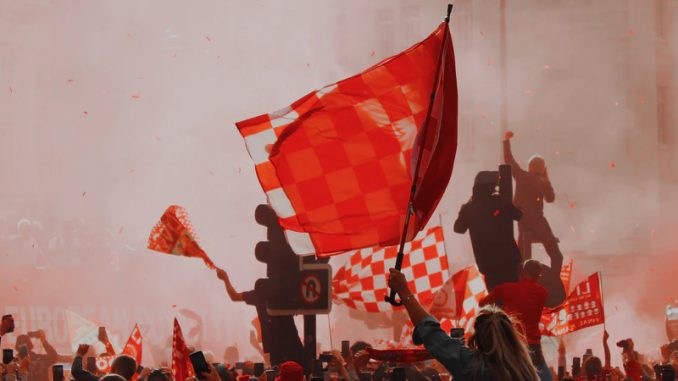 This success can be understood by looking at the strong social grounding that football has across Europe. Fans are passionate to the point of going mental during a match, and many consider the sport as a way of life, essentially, like living a religion. And fans have been fighting the increasing financialisation of football clubs, in the form of single owners or consortia trying to unshackle the game’s profit-making machine. In England, for example, fans of Manchester United and Wimbledon FC (formerly London) broke away and founded their own, fan-controlled, clubs—AFC Wimbledon (AFC meaning Alternative Football Club), and FC United of Manchester. In Austria, fans of SV Austria Salzburg (SV meaning Sportverein, German for Sports Club) also founded their own club, modelling it after the two clubs in England; as did fans of Germany’s 1, FC Lokomotive Leipzig. On other fronts, fans of big clubs across Europe continually resort to protests, inside and outside football stadiums, against matches taking place on Mondays in order for TV broadcasters to have larger audiences; instead, fans want to travel with their teams, but cannot do so on Mondays because of work.

These trends are seen as an indication that fans exist for the clubs—but fans argue that a club exists for them—so fans fight for control and influence. They succeeded in Germany, for example, when they stopped the abolition of the 50+1 rule, which stipulates that clubs must hold a minimum of 51% voting rights and that external investors can hold only a maximum of 49%.

But FSE are aware that the brief earthquake preventing The Super League to go ahead is only a temporary success, if reforms of European football fail to materialise. Unfortunately, however, reforms will only keep unshackled sports capitalism in check, but cannot change the underlying drive for profit. This means that the idea behind the league is not off the table by any means. For this reason, it is worth following the trends in European football, and the ways in which fans keep resisting at the grass-roots.

On exploitation and profit — response to Robert Paul Wolff

Physicalism and the Exploitation Theory of Profit are Incompatible: A Response to Robert Paul Wolff by Chris Byron, Alan Freeman, and Andrew Kliman “The Sraffian-influenced philosopher Robert Paul Wolff published a blog piece on May […]

Jo Knott reports on anti-fascist counter-marches in opposition to the neo-Nazi take-over of Finnish Independence Day. […]