Editor’s note: MHI is a signatory to the following statement.

No to War–Russia’s Hands Off Ukraine!
Statement launched by the Ukraine Solidarity Campaign

We, socialists, trade unionists, scholars, activists for human rights, social justice and peace, stand in solidarity with the people of Ukraine against Russian imperialism.

The international left and labour movement must vigorously oppose Russia’s threats against Ukraine.

We say neither Washington nor Moscow. We oppose the policy and manoeuvrings of the big Western powers and NATO.

But currently it is Russia that is threatening the Ukrainian people’s right to self-determination and challenging their legitimacy as an independent nation. 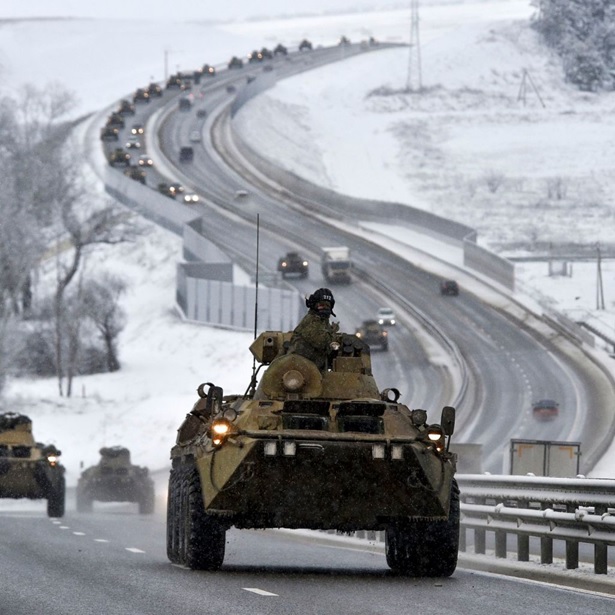 It is Russia that has massed troops on Ukraine’s borders; Russia that has annexed Crimea and persecuted the Crimean Tatars; and Russia that has organised an eight-year war in eastern Ukraine leading to 14,000 deaths, 30,000 wounded and 1.9 million displaced people on the Ukrainian side alone.

Subjugated by Russian Tsarist and Stalinist rulers, for centuries Ukraine was the object of exploitation and national oppression, its culture and language subject to discrimination. Millions perished at the hands of the Kremlin.

We call for peace through self-determination of the Ukrainian people. That does not mean support for the current government of Ukraine or the capitalist oligarchs it serves.

Despite its rhetoric, self-evidently the Russian government is interested in neither democracy nor opposing fascism. The Russian government actively promotes pro-Russian sections of the far right in occupied eastern Ukraine and other parts of Europe; and its anti-Ukrainian policy strengthens the hand of far-right Ukrainian nationalists too.

We hail the brave internationalists in Russia protesting against Putin’s war politics. We demand the release of Russian political prisoners.

We stand in solidarity with socialists, trade unionists and activists for democratic and human rights who, who can bring real progress – in Ukraine and in Russia..

We demand the withdrawal of Russia’s troops from the Ukrainian borders and occupied territories, and an end to Russian interference in Ukraine.

It was great to see so many women’s celebrations and protests on and around March 8, International Women’s Day (IWD), especially in places that rarely or never had them before. At this moment when all […]

Workers, Socialists Struggle for a Different Future for Ukraine

Editor’s Note:  We thank the British group Ukrainian Socialist Solidarity for the documents we reprint here. The group is holding a demonstration Thursday at the London office of EVRAZ, the mining company that the […]