Ed. note: MHI deplores and condemns terror attacks everywhere. In the U.S., we don’t hear much news about those that are outside Western Europe. So we are re-printing reports from Afghanistan and Iran below.

From Women for Afghan Women 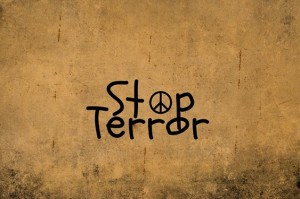 Last Friday, after the May 31st terror attack in Kabul, Women for Afghan Women’s Executive Director, Manizha Naderi, reached out to staff in Afghanistan and in the United States, saying:

We are all devastated and horrified by this merciless attack and this senseless loss of life. The fact that no one from WAW’s headquarters and centers in Kabul was killed or hurt is almost a miracle; but, all those innocent lives lost and the hundreds of wounded remain outside the realm of human comprehension. The fact that it is Ramadan makes it even more sickening. These people are out to destroy Afghanistan and all the progress we have made as women, as a people, and as a country. But, they will not win. We must remain strong for our clients and we, as a people, must not cower to these criminals.

Sadly, this is just the latest bout of violence at the hands of extremists. Last week, an attack in an ice cream parlor in Baghdad killed 31. The next day, Kabul suffered the largest single terror attack since 2001, with 100 killed and 500 wounded. This past weekend’s attacks in London, England–the 14th in Western Europe since 2015–came just days after a bombing in Manchester where 22 innocent people died, mostly girls and young women, and scores more were injured. Since 2006, Iraq and Afghanistan have experienced over 46,000 terror attacks combined.

As the number of casualties continues to rise in the wake of these attacks, Women for Afghan Women (WAW), once again, extends its deepest condolences to the people of Afghanistan, Iraq, and Great Britain, and condemns all acts of violence in the strongest terms possible.

Thankfully, all our Kabul staff has been accounted for in this last attack. However, as an organization, WAW has not been immune to the effects of terrorism. Today, we have over 700 staff members in Afghanistan, currently operating 32 facilities in 14 provinces, with a headquarters in downtown Kabul. In 2016, one of WAW’s youngest staff members was killed in the terror attack at American University of Afghanistan; the daughter of a staff member was killed in another attack in 2017; the Taliban burned down our women’s shelter in Kunduz in 2015 and kidnapped two of our staff in 2013. These all too frequent occurrences bring home the reality that our staff in Afghanistan literally work at risk of life and limb to protect our clients and to provide our life-saving and life-changing services to tens of thousands of Afghan women, children, and families.

In these terribly heartrending times, we leave you, today, with a prayer of hope for peace, light, and love for every human being across the globe.

With love,
Women for Afghan Women

June 7, 2017—The Center for Human Rights in Iran (CHRI) strongly condemns the terrorist attacks in Tehran on June 7 that took the lives of at least 13 people and left 41 people injured. While addressing the people’s legitimate security concerns, we urge the Iranian authorities to avoid violating the citizenry’s civil and political rights.

“Despite the threat Iran is facing, the Iranian authorities should not use the attacks as an excuse to further crackdown on civil society,” said CHRI’s Executive Director Hadi Ghaemi.

Whenever the Iranian state has perceived external threats, the intelligence establishment, including the Islamic Revolutionary Guard Corps (IRGC), has seized the opportunity to further infringe upon the civil rights of the Iranian people.

“Just as hardliners in Iran should not use these horrific events as a means to advance political objectives, the international community should not exercise selectivity in its condemnation of such barbaric acts against Iran,” said Ghaemi.

Hardline politicians and news outlets close to the IRGC have already begun placing blame for the attacks on reformist and centrist officials who have been critical of Iran’s security forces.

“These terrible events should not undermine the mandate to improve civil and political rights that the Iranian people handed Rouhani in the recent election,” said Ghaemi. “Just as the fight against violence in any shape and form should be steadfast, so too must be the fight for basic rights and freedoms.”

50 Years after Civil Rights Movement, U.S. Law and Practice Remain Racist to the Core … It’s post-verdict Day 6, and demonstrations continue all over the country against the racist outcome of George Zimmerman’s trial […]