MHI held a public meeting by telephone conferencing on January 23, 2013, entitled: “The Impasse in Movements for Social Change and the Need for ‘Organization of Thought.’”

Currently missing is the recording of the meeting, which began with talks by Andrew Kliman and Mike Dola, and included discussion among those present in person and by telephone.

Below is the announcement of the meeting, and the preparatory materials for participants.

This meeting will address the relationship between organization and the ongoing development of ideas, a relationship that is crucial to movements for social change. Time and again, we’ve seen the insufficiency of political organization that lacks what Raya Dunayevskaya called the needed “organization of thought.”

Many on the left, correctly concerned that individuals not be subordinated to an organization, are fearful of organization as such. As Theodor Adorno said disapprovingly, “The ego must abolish itself so that it may be blessed with the grace of being chosen by the collective.” Others with similar concerns embrace organization but seek to preserve the autonomy of the individuals within them by treating ideas as a private––not an organizational––matter, such that their organizations become one-sidedly focused on action bereft of critical thought. (This was a prevalent tendency in the Occupy movement.) Both sets of attitudes to organization and the development of thought have contributed to the impasse of Leftist movements that face real theoretical challenges to overcoming capitalism. In contrast, MHI holds that the ideas necessary for an emancipatory alternative to capitalism must proceed along a dialectic of self-development that is only possible through a collective of individuals that constantly subject each others’ arguments to the scrutiny of others. We think the time is now to make clear that development of emancipatory ideas needs to take place in an organized and collective manner.

To participate in this meeting, contact Marxist-Humanist Initiative at mhi@marxisthumanistinitiative.org for further details.

Preparatory Materials to be read/listened to prior to meeting:

Diet Soap Podcast #165: Meeting Adorno in Hotel Grand Abyss Diet Soap is a Philosophy Podcast hosted by writer Douglas Lain. On this episode Lain and University Lecturer and blogger C. Derick Varn discuss Adorno’s essay “Resignation,” Occupy Wall Street, and Marxist-Humanist Initiative. Most relevant section begins at 25:45 in, but the whole episode of less than 50 minutes is worth a listen.

Adorno’s “Resignation,” (excerpts). This is his final published essay (1969).

“The Self-Thinking Idea Does Not Mean You Thinking” 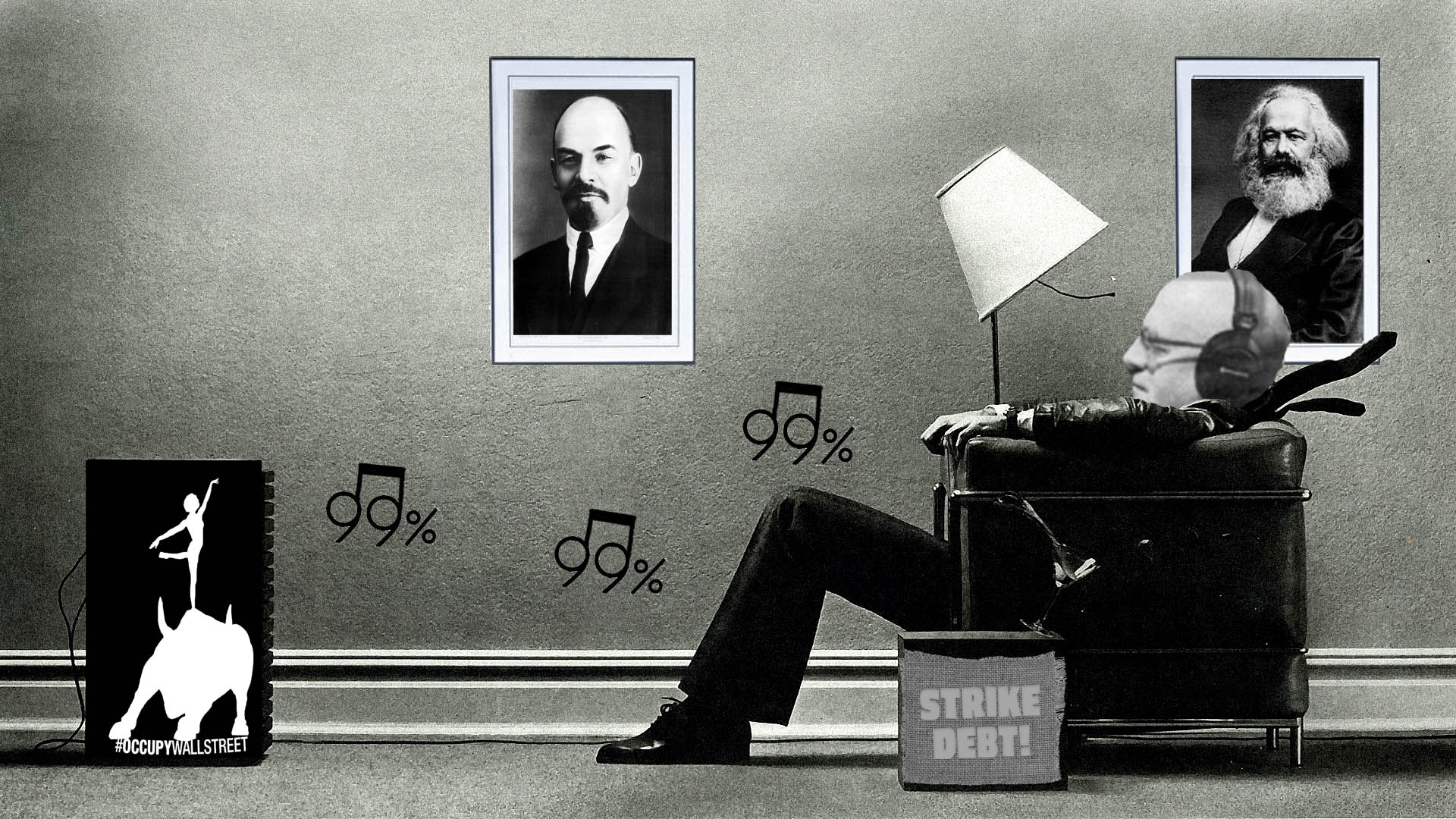