When you hear the name Kyle Rittenhouse, what comes to mind? A teenage white vigilante? An associate of the Proud Boys––Trump’s far-right, neo-fascist paramilitary enforcers? A self-appointed citizen cop who carried an AR-15 semi-automatic rifle to a Black Lives Matter (BLM) demonstration?  A killer, who shot three BLM supporters protesting against the police shooting of an unarmed Black man, Jacob Blake, in Kenosha, Wisconsin in 2020––and whose shots killed two of his victims, Joseph Rosenbaum and Anthony Huber, both of whom were unarmed, and seriously wounded his third victim, Gaige Grosskreutz.

None of the above, according to Spencer Leonard, a founding member of the Platypus Affiliated Society, on Episode 41 of the “S*** Platypus Says” podcast.

First, Leonard tells us that Rittenhouse is a teenager who, one August night in 2020, decided to drive from his home in Antioch, Illinois to Kenosha, Wisconsin (where he worked that summer as a pool boy) to help “keep order” in the midst of a “riot,” marked by arson and looting of private property. It’s too bad that Leonard didn’t mention that there is video evidence, from shortly before the Kenosha demonstrations, that Rittenhouse said, while watching a video of people looting: “Bro, I wish I had my fucking AR-15. I would be shooting rounds at them.”

It is illegal to shoot at looters. However, this evidence was ruled inadmissible by the judge presiding over the Rittenhouse trial, on the grounds that it was “incidental.” That ruling made it impossible to test whether this evidence can help to explain the reason for Rittenhouse’s expedition to Kenosha.

Second, Leonard tells us that the AR-15 rifle that Rittenhouse carried in Kenosha was a “hunting rifle” that Rittenhouse had a legal permit to carry. In addition, Leonard tells us that Rittenhouse carried a medical kit with him to Kenosha––to help others injured in the “riots” (timestamp: 11:00–11:25)––  notwithstanding the fact that Rittenhouse didn’t bother to use the medical kit to help those he shot that night. He didn’t even notify the police. Why? Because the cops were only too happy to let Rittenhouse and the far-right Boogaloo Boys roam freely with impunity as one of them. Yet if Rittenhouse had been a Black man armed with a “hunting rifle,” he would have been killed by the local police––exactly what the demonstrators were protesting against in the first place and Rittenhouse was abetting. We get nothing of this from Leonard. For him it was a “riot” (timestamp: 7:47–8:00).

Fourth, Leonard implicitly supports Rittenhouse’s claim that he was acting in self-defense, against the actions of “rioters” that Trump labeled as Antifa terrorists. According to Leonard, the right to self-defense is an elementary civil right, and the only thing at issue here (timestamp: 18:20-18:36). But what actions were taken against Rittenhouse that warranted his imposition of a death sentence in response? Two of the three people who Rittenhouse shot died and were unarmed.

Video evidence shows that Rittenhouse was chased by Joseph Rosenbaum; the crucial question is why would someone chase Rittenhouse, since he was obviously armed? Was it because Rittenhouse provoked or menaced the first victim, not by the mere act of carrying a gun, but by aiming his rifle at the victim who, in turn, went after Rittenhouse and then was shot and killed? Next in the sequence, Anthony Huber went after Rittenhouse, possibly because he thought that Rittenhouse was an active shooter who he needed to disarm by bodily means (e.g., kicking, punching, wrestling). Rittenhouse shot and killed him, too. However, we will never know what happened in either case, because Rittenhouse’s victims are dead and now cannot explain their actions. 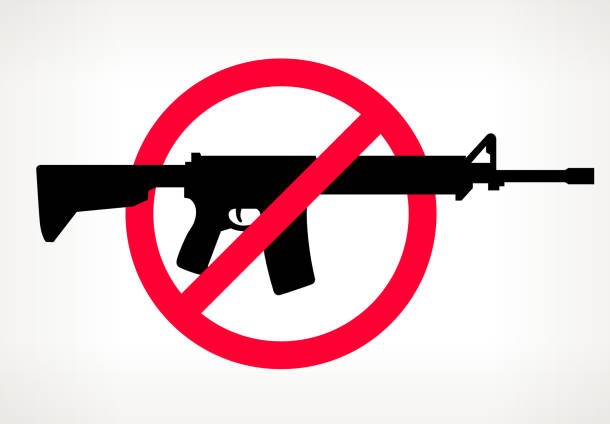 Why is this important? For one thing, if a person provokes another person (e.g., points a rifle at them) then, under Wisconsin law, the provoker is estopped from claiming self-defense––because the provoker has caused and is responsible for any ensuing action(s) that occur after the provocation. And, although a person has the right to protect themselves from harm, deadly force can be used against someone only if there is a reasonable belief that the person is likely to cause the death of, or grievous injury to, the person protecting themselves—a claim that is beyond belief in this case.

Leonard’s suggestion that the only issue here is Rittenhouse’s “civil right” to “self-defense” critically misses all of this––the fact that aiming a rifle at someone is provocation, not self-defense, the fact that use of deadly force in self-defense is not an unconditional right, and the fact that Rittenhouse’s victims were unable to rebut his self-interested version of what took place, because he gunned them down. On Leonard’s account, it is almost as if the victims were responsible for their own deaths—suicides during a “riot,” assisted by an ersatz cop.

This is not a law-school exercise. Instead, it is the basis for serious doubt about Leonard’s shortcut portrayal of Rittenhouse as a lone-wolf volunteer in a war zone (“quite violent … [with] rioting and massive destruction of property”; timestamp: 8:57-9:11),  protecting himself and others from “rioters,” with a weapon that he had the legal right to carry. Period, the end? Hardly.

Fascism and Fascists Get a Pass

Leonard’s real interest here is to use Rittenhouse as a backdrop for his main concern, the importance of what he calls “bourgeois rights.” For Leonard, Rittenhouse is an example of an individual who legally exercised his freedom and rights under law to carry a weapon in public and “defend himself” with it (timestamps: 17:50–21:18, 11:25–12:43).

Leonard is certainly correct that we have a serious problem today—the risk of either losing longstanding rights and freedoms or the unequal application of these rights and freedoms in the particular interests of one group or another. And he is correct that there is also a common view on the “Left” that “bourgeois rights” are incomplete, obsolete, illusory, and/or expendable. But that view is based on seeing rights and freedoms as abstractions or abstract principles, not as existing, concrete things in the real world that benefit society as a whole, as well as individuals. The liberal-democratic rights that Leonard calls bourgeois rights do not just fall out of the sky as abstract principles written on stone tablets. Instead, they are the result of concrete struggles for freedom of real people in the real world.

But Leonard doesn’t go this deep. He just whines about the “Left,” the Democratic Party, and its sycophants in the “shameless lying … media in the US, which is entirely in the tank for the Democratic Party” (timestamp: 8:36–8:53). And that is about as far as it goes. Leonard’s thought just stops there. It is as if his animus to the media, the Democratic Party, and the “Left” has overwhelmed his cognitive faculties. Consequently, Rittenhouse is transformed into opposite as a poster boy for the right to self-defense. In the process, fascism and the fascists get a pass.

Make no mistake: it is Trumpism and the worldwide trend in authoritarianism that should be a central focus of attention for us today. It is open season on liberal democracy, but the weapons of choice are not words or abstract principles—they are guns, thuggery, and power. Far from being the poster boy for the right of self-defense, Rittenhouse is a “MAGA hero” of all those on the right who now have the green light to get their “Kyle on” in service of Trump and Trumpism. This is bad enough, but what makes it worse is that the acquittal verdict in the Rittenhouse case will be used to “trump” the First Amendment rights to assemble and protest, in favor of the Second Amendment rights to own, carry and use weapons in “self-defense” against those who are labeled “rioters.” This is another thing that Leonard doesn’t consider.

The real danger to us now is the fascist threat under capitalism, which seeks to strip away hard fought, concrete rights and freedoms, in the interest of continued exploitation and terrorism of the masses.  . We have moved beyond the point where the enablers of this threat merely laid the ground for fascist reaction. By characterizing Kyle Rittenhouse’s vigilantism and the January 6 Capitol insurrection as expressions of First and Second  Amendment rights, Leonard normalizes them. He does not take them as what they really are––neo-fascism in action that must be fought now.[1] Holding up Rittenhouse as a civil rights icon, as Leonard does, is a diversion from the tasks at hand. And it is a disservice to those shot in Kenosha, and the BLM movement, whose goal is liberation.

MHI editorial on the current “triple threat to civilization”: climate change; the possible end of liberal democracy (due to racism and the loss of voting and women’s rights); and the death of truth and decency. […]