MHI’s Perspectives for 2018, in talking about the war-like posturing of Presidents Trump in the US and Kim in North Korea, says:

Strongmen frequently start wars to distract the population from their poverty and the leaders’ corruption—and both countries have to worry about loss of their population’s support.

There is no doubt that Trump played cleverly to reactionary forces in US society to get elected, and that the Republican party now toes the line that he sets, for fear of losing power. So there appears to be little restraint on what he can do. 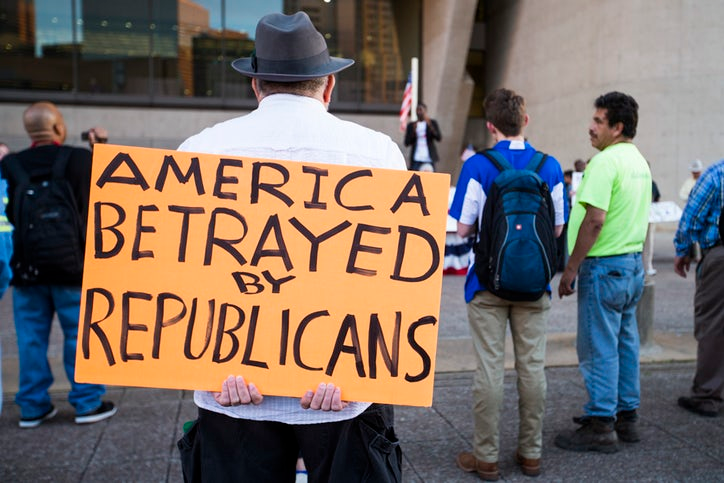 What is interesting about Trump’s personality is his vindictiveness in recent sackings of people who are involved in assisting or potentially assisting the investigation of possible collusion between his election campaign and Russian officials’ interference. Former FBI Director James Comey, who had been leading the FBI investigation into Russian interference in the US election, told a Senate hearing that the President had asked for his “loyalty” not long before firing him last May. Acting FBI Director Andrew McCabe–also recently fired—stated, “The big picture is a tale of what can happen when law enforcement is politicized.” McCabe alleges that the release of the Justice Department report recommending his firing two days before his retirement, had been “accelerated” after he indicated that he would corroborate Mr. Comey’s version of events. Trump is indeed more than willing to take revenge against anyone who does not back him up.

Trump’s authoritarianism should be seen in the context of his association with other world leaders he has visited recently–“very fine people”, as he would say–all fellow dictators-in-the-making who pay lip service to liberal democracy. These include Philippine President Duterte with his brutal campaign of using law enforcement and vigilantes to murder drug dealers and users without due process; China’s now President-for-life Xi, who recently cemented his one-party rule over nearly a fifth of the world’s population; Saudi Crown Prince Salman, with his round-up of political and business people and generals in so called anti-corruption trials. Salman reportedly learned from Kushner and Trump “that if you overwhelm people with change, you will stun them, and therefore be able to get things done.”

Even Trump’s willingness to meet President Kim of North Korea, which blindsided many people, could be seen as a sign of grudging respect for a fellow authoritarian. Perhaps the controversy over the collusion investigation should leave us with a suspicion that Trump is actually disappointed that he could not meet more openly with Putin, mano-a-mano; Trump clearly sees himself though as THE biggest fish in a sea of sharks.

Many on the left, unfortunately–whether consciously or not–have also had a history of respect for authoritarians, from Stalin onwards, as long as the rulers spouted the right mix of Socialist/Marxist language, represented the face of the “anti-imperialist” Third World, or were just anti-American in some way. However, such “leftists,” despite their grudging respect for Trump, find it hard to reconcile their respect with his violence-inducing rallies, his racist and sexist rhetoric and his white nationalist base of millions. They desire to make excuses for him as being at least better than neo-liberal Hillary, or because his supposed poverty-stricken “working class” supporters have a valid point about their lack of economic prospects.

Such people are attracted to authoritarians because they believe in gaining state power (through elections or not) for themselves, their organisations or those they favour. They inevitably wait for, celebrate and mimic the great men of history, “natural” or “blessed” leaders who all by themselves can lead (or potentially lead) those of us less able out of the darkness of human prehistory–just like those philosophers, kings and generals we used to read so much about at school.

This is the very epitome of how the bourgeoisie uniquely view themselves and their world: that people are objects to be used and moved around like chess-pieces by strong men of vision–-the stronger the better. The left who are soft on Trump share this belief and want to copy his success because theirs is a long standing practice; this is what really hides behind their embrace of populism at all costs.

However, we, as Marxist-Humanists begin with the impulse towards freedom that arises from our confidence in mass movements from below:

This philosophy looks to the independent, emancipatory self-activity of the masses and a philosophy of human liberation as the motive forces for social change. It does not regard any party, movement, or program that allegedly “represents” the masses as the motive force for social change. It rejects, as substitutionist, all notions that the interests of a particular party, movement, or program are tantamount to the interests of humanity.

On What Grounds Should We Defend Liberal Democracy?

Andrew Kliman argues that we should defend liberal democracy on the grounds that it protects individual freedoms and individual rights (to some extent). These freedoms and rights aren’t means to an end; they are ends-in-themselves. […]

Ralph Keller examines repression by Hungary’s authoritarian government against refugees, the media, the LGBTQ community, workers and the homeless–and looks at the grassroots resistance and the EU’s lack of involvement. […]