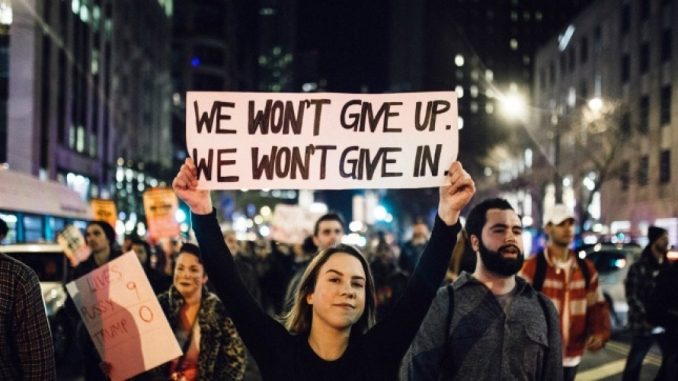 On June 6, Marxist-Humanist Initiative held a public meeting, entitled “Assisting the Self-Development of #TheResistance to Trumpism & to Authoritarianism in Europe,” at the historic Jefferson Market Library in New York City. Presentations by Ravi Bail and Andrew Kliman were followed by open discussion from the floor.

Here is the complete video of the meeting:

Marxist-Humanist Perspective on Capitalism and the Ecological Crisis

New MHI statement. The climate crisis won’t and can’t be solved without overthrowing capitalism. The source of the problem isn’t ill will, ideology, or greed, but capitalism’s law of value and the reckless, anarchic growth that flows from it. […]

Kliman to Speak on Ongoing Trumpist Threat in Zoom Seminar

Next week, Andrew Kliman will speak in a open Zoom seminar on “Global Marxism” for a South Korean group. He will speak on “Combatting the Ongoing Trumpist/White-Nationalist Threat: Marxist-Humanism vs. the Anti-Neoliberal ‘Left.’” […]