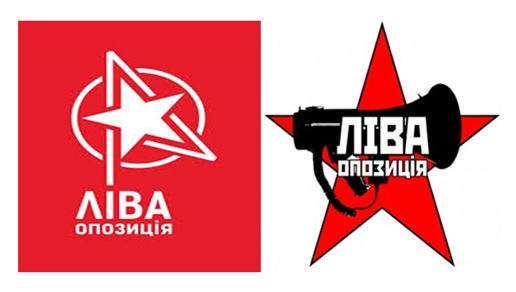 UKRAINE WILL BE SAVED FROM INTERVENTION BY SOLIDARITY

The socialist union “Left Opposition” offers its assessment of the Russian aggression in Crimea and the destructive role of Ukrainian nationalists. The intervention of Russian armies was made possible as a result of a split in Ukrainian society. Its unity is impossible with the oligarchs and chauvinists in power. Only solidarity will save Ukraine.

1) We are for the self determination of Crimea only after the withdrawal of the Russian armies that are carrying out this flagrant intervention. We are for the self determination of the people, and not of the mercenary elite who “self determine” so as to protect themselves from Crimeans with the muzzles of Russian automatic weapons. The outcome of separatism in Crimea will become the rebirth of the Russian empire, which threatens a world war.

2) The justification of Putin’s aggression is the nationalist hysteria that the leaders of the Maidan have ignored. Aggressive xenophobic jokes were treated as normal, and even today on anti-war pickets we are still hearing provocative slogans like “Glory to the nation! Death to its enemies!” The Kremlin’s manipulation of these slogans has frightened the people of the East and South. However, the aggression initiated by the Russian Federation is patently imperialistic and aimed against the revolutionary republic (the genuine revolution, unfavourable for the oligarchs, only just began to unfold and it was sure to put the question of social lustration on the order of the day.

A war of liberation if led by the Ukrainian oligarchs would resolve itself in the fascisisation of society: we can expect unification around mythical national interests, an unrestrained dictatorship and the conduct of social policies aimed at concentrating wealth in the hands of the elite. Our government can claim popular legitimacy only after a social lustration has been carried out.  However, our government has been legitimised by the threat of foreign intervention – we are forced to love a regime, not our country. Government in Ukraine is progressively passing directly into the hands of the oligarchs (Kolomoisky and Taruta have become governors). The oligarchs plundered our country, and now they are demanding that hungry people stand in defense of their corrupt state!

3) the Maidan was not uniform – radical nationalists really bespoiled the protest with xenophobia, but fortunately they did not determine the Maidan’s demands. The population of Eastern and Southern Ukraine, as well as the members of ethnic minorities should know that there stood on the Maidan many representatives of those forces who uphold internationalist, left and democratic positions. To support the myth of a “fascist Maidan” is to legitimise the use of force by neo-Nazis against such citizens as those noted here who disagree with them. We are very saddened to see that antifascist ideas are being exploited to justify war. Antifascism is solidarity, not intervention!

4) the citizens of Western and Central Ukraine should press the government not to allow linguistic discrimination, destruction of monuments or the incitement of unnecessary hostility. Ukrainisation led by the oligarchs can be realised only in a chauvinist key. It is necessary to review language policy and to broaden the right to use the native language in those regions where it is needed. The national-cultural renaissance of the Ukrainian and other peoples of our country is inseparable from the resolution of social questions.

5) We are for the preservation of a united Ukraine, as a unique cultural phenomenon. The coexistence of various ethnicities only enriches universal human culture. In the event of the country splitting the rule of chauvinists will be established in both its parts. All conflicts in Ukraine are as a result of the dictatorship of the oligarchs. Ukraine can be consolidated on the basis of defeating the rule of the oligarchs – the workers of the East and South equally want social change and they should understand that inflaming conflict simply puts off the prospects for improvements to an unforeseeable future.

6) the Russian federation government is controlled by the most conservative advocates of the interests of capital. And that is why those citizens who support a referendum on “reunification” with Russia had better prepare for a police state and for an antisocial policy. We will not allow for the precedent of a victory for Russian imperialism. Despite the claims of Ukrainian bourgeois nationalists, there are no traces of socialism at all left in Russia. The population of Ukraine will start to hate Russians even more, while among the Russian masses imperialistic and revanchist illusions will grow stronger. Hitler-style promises of a better life will culminate in a catastrophe for the aggressor nation. Let us not forget that this war is also an opportunity for Western capital to bring in its own armies and to seize part of Ukrainian territory.

7) It is necessary to appeal in the first instance to the Russian speaking population of Ukraine and to Russians who do not support war. They must sabotage the mobilisation and movement of occupying armies, while also exerting continuous pressure on the Russian government and Russian capital. Russian imperialism is using them to strengthen its domination through a referendum. It is necessary to create international brigades to maintain lawful order, to oppose mutual chauvinisms, to defend strategic facilities, to conduct propaganda among troops, as well as to oppose the disarming of Ukrainian armies. Form workers self defence detachments at enterprises for their protection from external intervention and the covetous hands of their unpropitious “owners”. Organise detachments with those you trust, or whom you are prepared to elect! The Ukrainian army should act under citizens’ control. Why die under the leadership of nationalists like Parubiy and Yarosh? They have on their conscience inept tactical mistakes on the Euromaidan and the stoking of interethnic hostilities. Why die in the interests of the Akhmetov-Kolomoiskys? The workers of all nations should learn solidarity from the Ukrainian oligarchs – they overcame all their differences and united around their common class interests.

Down with the bandit office holders who have become separatists!

Down with Russian imperialism!

Down with the Ukrainian chauvinists!

Translation from the original (http://gaslo.info/?p=4990)

[Added March 16, 2014: See also this report on the Maidan Movement and the on-going situation.]

It was great to see so many women’s celebrations and protests on and around March 8, International Women’s Day (IWD), especially in places that rarely or never had them before. At this moment when all […]

“Where Am I? I’m At War”-Eyewitness to May 2 in Odessa, Ukraine

by a socialist eye-witness in Odessa