Marxist-Humanist Initiative (MHI) will conduct a series of meetings via Skype to discuss Karl Marx’s Critique of the Gotha Program (CGP), the 1875 writing that thoroughly distinguished his philosophy of revolution from the reformism of Ferdinand Lassalle and other socialists of his day. It is nothing less than a guide to the differences between capitalism and communism.

The series will be held on 3 Sundays––July 31, August 14 and Aug. 28—from 1:00 to 3:00 pm EDT. You must be invited by MHI in order to attend. To apply, send MHI––no later than July 24––a brief statement about yourself, why you want to attend our meetings (other than your personal love of learning), and what contribution you might make to a Marxist-Humanist discussion of the CGP. Also send your Skype address. Our email address is: mhi@marxisthumanistinitiative.org

MHI finds Marx’s criticisms in the CGP apt for today, when so many “leftists” are advocating redistribution of the products of labor, or lefty leadership, rather than workers’ self-emancipatory activity to abolish the capitalist mode of production and establish a new, human-centered, society and economy. Moreover, like in Marx’s time, today’s calls for “left unity” obscure the principles of the goal: working people taking control of their work and lives.

When read carefully, the CGP not only outlines important points about Marx’s understanding of the future socialist society and how it will differ from capitalism, but also reveals his view of the relationship between revolutionary philosophy and organization. The CGP was a clear influence on Lenin’s 1917 work, The State and Revolution, regarding the role of the state. Yet until Raya Dunayevskaya identified the CGP as having created a new theoretical “ground for organization,” no Marxist commentator recognized the critical importance of the CGP’s organizational implications. What are its implications for the kinds of organizations we strive to create now?

The Gotha Program was the basis on which the Eisenachers, a group that had been influenced by Marx’s ideas, united with Lassalle’s followers in a single Party. The CGP is a trenchant attack on the theoretical foundations of the new united Party. Marx charged that the Eisenachers were abandoning the hard-won principles that had been developed through his work, especially in Capital. They were instead endorsing a Party program rooted in  Lassalle’s ideas and proposals, which Marx lambasted as reformist, tepid, and wrong-headed.

Nonetheless, the Gotha Program was adopted, and the two groups united, soon thereafter. The CGP was not published in advance of the Unity Conference at Gotha, nor for 15 years afterwards. Are we to continue that mistake, or will we dig into the CGP without delay?

WHAT IS WRONG WITH THIS PICTURE? 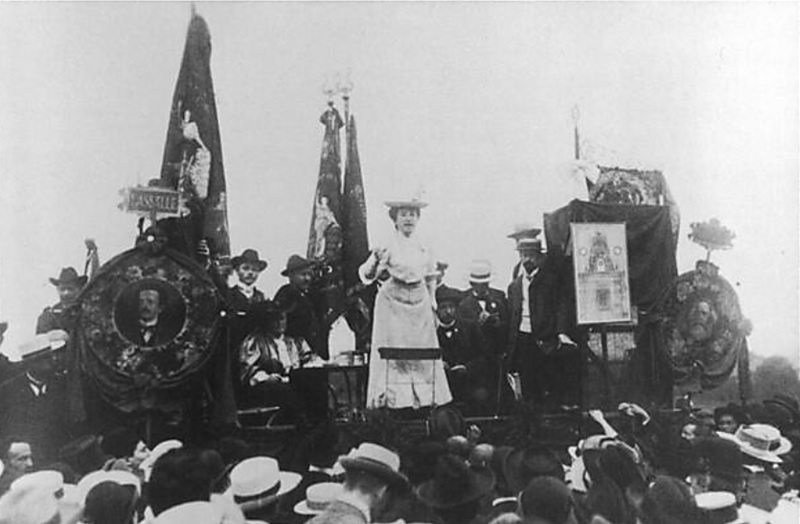 Marx, Proudhon, and Alternatives to Capital

By Seth Weiss. Marx’s critical dialogue with the work of the French anarchist thinker Pierre Joseph Proudhon spanned several decades-from his youth haunting the cafes of Paris, where he had occasion to meet Proudhon and […]

Video: “Is an Emancipatory Communism Possible?”

[Added Jan. 19, 2014: Blip has deleted this and countless other videos. We are trying to recover it.] “Is an Emancipatory Communism Possible?” A talk by Allan Armstrong Recorded Wednesday, April 13 at 7:00 PM […]