The Círculo de estudios Marx y marxismos has announced that it will soon hold a five-session study group, over Zoom, on Reivindicando “El Capital” de Marx: Una refutación del mito de su incoherencia, the new Spanish edition of Andrew Kliman’s Reclaiming Marx’s “Capital”: A refutation of the myth of inconsistency. Guillem Murcia López, one of the translators of the Spanish edition, will participate.

Kliman will also participate in the first and last sessions, which will include English-to-Spanish and Spanish-to-English translations. The other sessions will be in Spanish only.

The study group is based in Costa Rica and has members throughout Latin America. 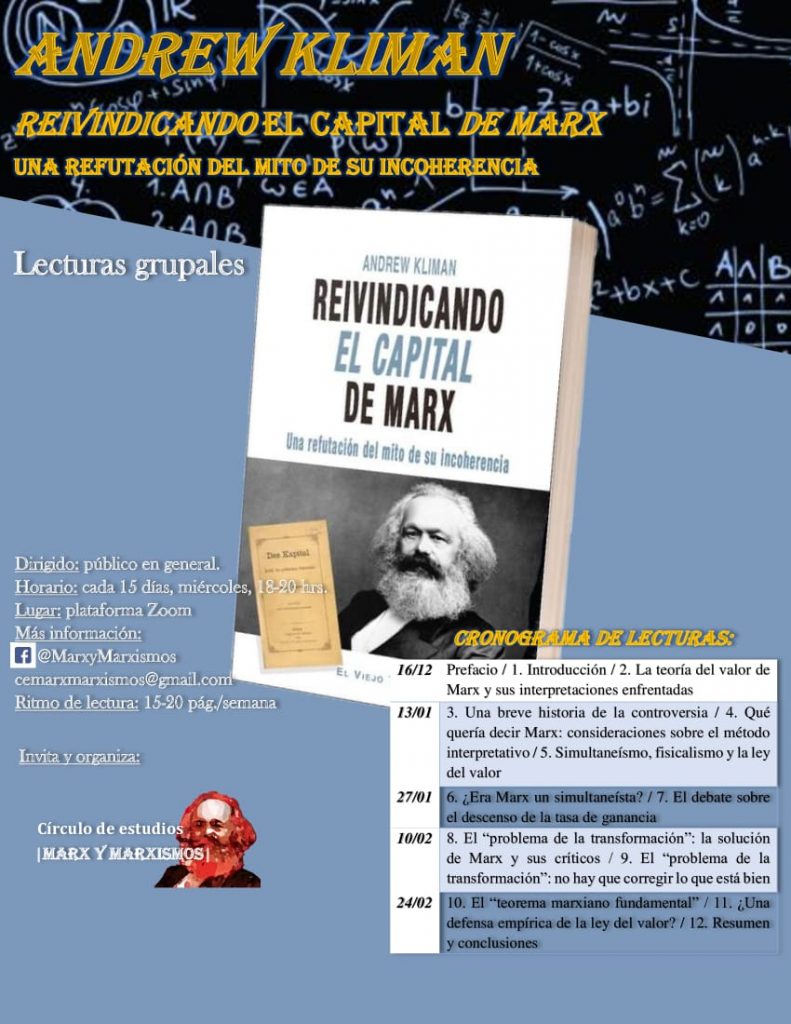 People interested in participating in the study group need to send their names and e-mail addresses to the Círculo de Estudios, by e-mailing cemarxmarxismos@gmail.com or by sending it a message through its Facebook page. Participants will need to obtain a copy of Reivindicando “El Capital” de Marx, which can be purchased from the publisher, El Viejo Topo, or La librería andante, a Costa Rican bookshop. 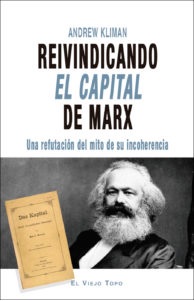 The book seeks to reclaim Capital from the myth of internal inconsistency, a myth that serves to justify the censorship of Marx’s critique of political economy and present-day research based upon it. It shows that the alleged inconsistencies are actually caused by misinterpretation.

Kliman commented that “Marx is like Rubin ‘Hurricane’ Carter––‘a man that the authorities came to blame, for something that he’d never done.’ But this new study group, and the appearance of a Spanish edition of my book 13 years after it was first published, serve notice on the authorities that ‘it won’t be over till they clear his name.’”

August 5, 2020 by MHI Alternatives to Capital

1:49-hour Podcast Ontocast interview with Andrew Kliman, recorded on May 1. On value theory, economic crisis theory and the Great Recession, Marxist-Humanism, and MMT. The audio is in English. […]

More False Claims from Moseley, and Still No Demonstrations

“More False Claims from Moseley, and Still No Demonstrations.” Andrew Kliman argues that what Fred Moseley wrote in reply to him was “false, irrelevant, a return to his bait-and-switch stratagem, and a smokescreen.” […]