At the 2019 Historical Materialism Conference I gave a talk in which I discussed some of the pitfalls of the social-democratic politics behind the Green New Deal. In it, I urged those fighting for climate action to take an uncompromising stance for immediate action, without trying to justify climate action as something that can fit within a redistributionist, reformist agenda, or trying to achieve mass support via economistic strategies.[1]

Now, a few years later, in 2021, this same advice seems even more relevant. On the one hand, we face a rapidly accelerating climate catastrophe that is being felt across the globe. The need for immediate and radical action is greater than ever. On the other hand, the chance to achieve mass support for climate action––which is the kind of support we would need for truly transformative changes in production and consumption––now seems nearly impossible.

In the US, the Covid-19 crisis has given the fascist right a chance to develop a playbook for responding to crisis, a playbook which has been imitated by the right all over the world. The strategy is simple and two-fold. First, deny the objectivity of the crisis. Second, fight against all forms of collective action taken to ameliorate the crisis, turning these into wedge issues to distract from the crisis itself. 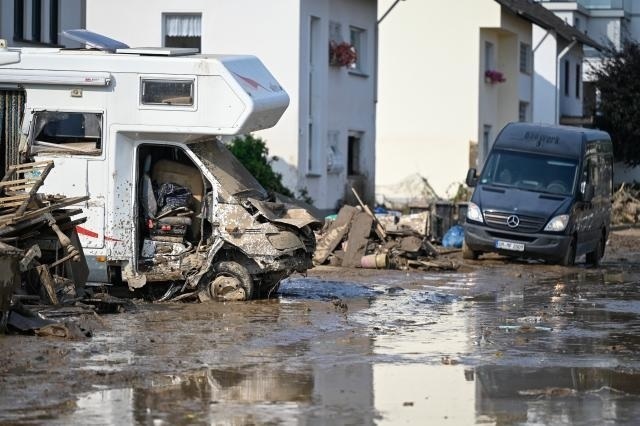 Trump was already experimenting with this strategy before the pandemic. He tried to turn the problem of climate change into a battle over windmills and low-flow toilets. But it was all abstract. Before Covid, it was perhaps possible to still believe that Republican voters might favor climate action once the crisis came to their backyard. But Trump’s Covid playbook put an end to such notions. The US is now witnessing a resurgence of Covid infections and hospitalizations in a nation that has a glut of vaccines, which are free for anyone over 12 years of age. Trump voters on ventilators, on their death beds, are telling reporters that they are still glad they didn’t get vaccinated.

Anti-vaccination sentiment is supported by a tapestry of science denialism and propaganda. It is also supported by a very abstract notion of individual liberty, a notion that is abstract to the point of absurdity. It is not a new idea in American politics. Preceded by Florida’s “Stand Your Ground” law, Facebook’s notion of free speech, the gun-rights movement, etc. the anti-mask / anti-vax mentality is one that holds abstract personal liberty so sacrosanct that even impinging upon the life of others is an acceptable price to pay for the “freedom” to do whatever you want without consequences. With such a vapid notion of freedom, no collective action is ever possible.

In a recent episode of Radio Free Humanity, Matthew Hongoltz-Hetling, the author of A Libertarian Walks into a Bear, suggested that there is a place for such notions of freedom in our society. He invoked the idea of a spectrum of attitudes to freedom and the need for balance between social needs and individual freedoms. We pushed back against that idea. We challenging the idea that the abstract notion of individual liberty represents some pure distillation of freedom that sits at one pole of the spectrum between the social and the individual. We suggested that it is not a real idea of freedom at all. Rather, this vapid, Trumpist idea of freedom is actually a demand for license to be freed of any consequences for one’s actions. By characterizing it as a defense of personal liberty, the right imbues the demand for license to act with impunity with moral indignation and a persecution complex that is all too familiar in right-wing politics.

It is very difficult to reason with, fact-check, or persuade people who are imbued with the sense that they are on a holy crusade to protect their absolute freedom to be as reckless and reactionary as possible. This doesn’t mean that some individuals won’t change their minds about some issues when confronted with enough information. But the number of people who will change their minds because of such persuasion will only remain a slow trickle in modern society. Unfortunately, we have no time for slow anything now. The pandemic is urgent. Climate action is urgent.

This suggests that those who want urgent change need to realize that we need to mostly abandon the politics of persuasion and instead recognize the imperative of confrontation and struggle against enemies.

There are many institutions and common practices in our society that channel politics into the realm of persuasion. Representative democracy necessitates the mystical process of trying to persuade elected officials through lobbying, phone calling, letter writing, etc. Right now, in the US, we are witnessing the absurdity of this type of politics, as the fate of US democracy rests on the whim of Senator Joe Manchin; he is inundated with phone calls, petitions, and letters, all trying to get him to gut the filibuster. (Manchin himself says he wants to keep the filibuster because of his belief in “bipartisanship.” This, too, is an appeal to a notion of the politics of persuasion and compromise that is completely abstracted from present political realities.)

The electoral process, as well, encourages a type of politics in which candidates must persuade voters to go to the polls, and persuade them to give them their vote, by appealing to voters “where they are at,” offering them something in return for their vote. Voting blocs are built up in jigsaw-like fashion, by fashioning together the right appeals to different interest groups.

This type of politics assumes that one can appeal to others through single issues; that people evaluate these issues rationally, on the basis of their interests or ideology; and that they can be swayed on the basis of these considerations. It is a type of politics that increasingly seems to be founded on fantasy. It has become increasingly clear to many observers that people’s political decisions are often fundamentally tribal in nature. Their particular stance on this or that issue will change to match that of the party they identify with. Thus, red-state voters may be seen responding positively to a poll about single-payer health care but, if Trump tells them that that is socialism, they will vote against it.

This confirms many of the points we made in our 2018 Perspectives about both the dangers of narrow economic appeals to the Trumpite basis, as well as the importance of prioritizing the fight against Trump and Trumpism. If anything has changed, it is that the contradictions have deepened and intensified. The stakes are even higher, the forces of reaction even more entrenched in their reaction.

The country witnessed a very different sort of politics a year ago in the movement for Black lives that followed the police murder of George Floyd. This was a movement that understood the need for confrontation and for uncompromising ideals.

The multiracial character of the protest also stood out. As we wrote in our January statement, “Thus, the foremost achievement of the new, mass stage of the BLM [Black Lives Matter] movement is its own multiracial working existence.” This was not multi-racial in the sense of the Democratic Party’s loose coalition of interests. Nor was it multi-racial in the social-democratic, economistic vision of common interests in redistributionist programs. Rather, it seemed to be based on a shared understanding of the horrors of white supremacy, and perhaps even an understanding of the potential power of a multi-racial, anti-racist coalition in US politics.

This movement has had a profound effect on US politics already, suggesting the potential emergence of a multi-racial, anti-racist movement. It may very well have contributed to Trump’s defeat last November. Part of its power came from its understanding the need to confront white supremacy head on, rather than try to persuade and appeal to the forces of reaction.

It is possible to imagine a similar coalition based on a shared recognition of the horrors of climate change. Should such a movement emerge, it would need to avoid the potential turn toward modest reformism that has taken some of the wind from the sails of the BLM movement. Many voices will continually to try to get people who make environmental demands to bend over backwards, to assure that their demands are safe for capital. There simply isn’t time for compromise. Uncompromising militancy is the only way forward. If the capitalist mode of production is not capable of solving this ecological crisis, then the environmental movement will have to call forth a new society capable of sustaining human life on this planet.

NOTE
[1] Also see my discussion of the topic on Episode 4 of Radio Free Humanity.

Reconsidering Marxist-Humanist Perspectives for a “Trumpism After Trump” World

Trump is no longer president, yet Trumpism is still a dire threat. In light of this somewhat-changed, somewhat-unchanged, situation, MHI is reconsidering our current Perspectives. Several contributions to the discussion are publicly available here. […]