by Anne Jaclard and friends

April 22 was Earth Day, an annual event since the start of the ecology movement in 1970.  In past years, while sounding the alarm about global warming and other human-created threats to life on earth, Earth Day demonstrations were not aimed primarily at the political party in power.

This year was different. At some 150 “Marches for Science” across the US, the day was all about opposing Trump: (1) his reducing funding for government services including the Environmental Protection Agency and the National Institute of Health, and reducing funding for scientific research and for education, and (2) his debasement of the concepts of truth and evidence-based knowledge. The latter is what made these Marches unique—who ever before saw hundreds of thousands of people turn-out to demand that truth be respected and employed? 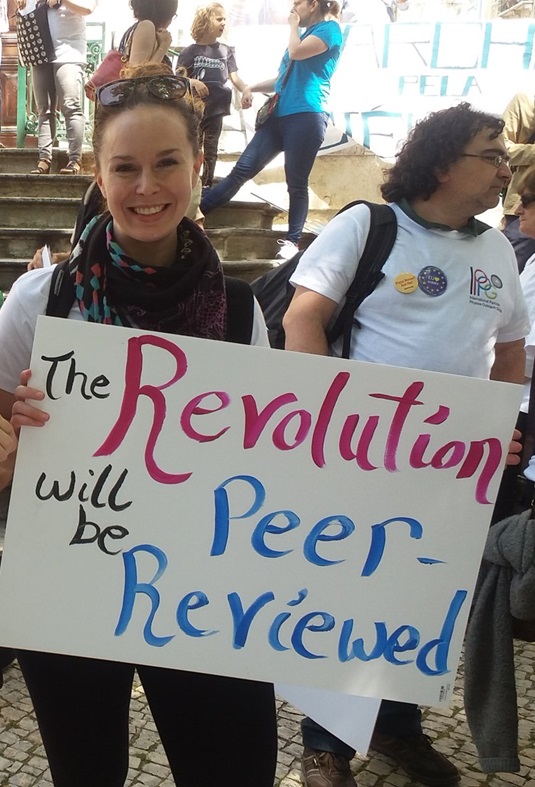 There were some 40,000 marchers each in New York and Chicago, 10,000 in Minneapolis-St. Paul, thousands more in Los Angeles, San Francisco, and everywhere. In New York, the marchers were not predominately the typical youthful environmental activists; they were also teachers, doctors, and children. (One child wore a sign, “Natural-born scientist.”)  Like at many earlier anti-Trump protests, disparate groups were allied and many issues were raised side by side. Feminists demanded protection for the right to and access to abortion, and for women’s health care to be funded and included in insurance coverage—all of them under attack. They carried signs such as “Destroy the patriarchy, not the planet” and “There is no Planet B.” Other marchers demanded a halt to anti-immigrant laws and Executive Orders, pointing out how important immigrants are to the US science and health industries, as well as to technology in all fields. “Make America Smart Again,” signs proclaimed, and “This is what a mad scientist looks like!”

It was inspiring to see so many people out for the March for Science. The streets leading to Constitution Avenue and the Washington Monument were clogged with tens of thousands of people. Most scientists spend long hours in their investigations, and they mostly interact with other scientists. They are dismayed to see the anti-science opinions covered in the news on climate change, immunizations, evolution, GMOs, and other scientific results, strongly supported by evidence. Who knew so many people think science and truth are so important that they came out to march on a wet, rainy day? It was particularly inspiring to see so many kids marching with their parents.

Yes, it was amazing to see the focus on the seemingly “abstract” issue of truth and real facts as against Trump’s “alternative facts” and his disparagement of knowledge and evidence, such as his denial of global warming. It was heartwarming to be part of this active defense of truth and facts, but also an indication of how bad things have gotten. One sign said, “It’s absurd that we need this march.” Another, with a picture of Smokey the Bear, read “Only you can resist fascist liars.” 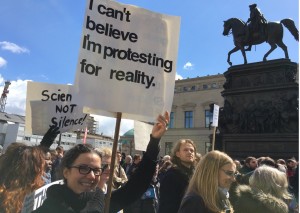 Protests took place around the world that day, not only because it was Earth Day, but also to protest Trump’s attacks on truth, just as people around the world had come out to express solidarity with Americans on the January 22 and March 8 Women’s Marches. There were some 580 protests world-wide on April 22, including in London, France, Ireland, Finland, Germany, Portugal, Uganda, Antarctica, the Netherlands, and a 10,000-person protest in Berlin.

On Conducting Arguments in an Honest, Revolutionary Manner

Ravi Bali spells out what he thinks is necessary for an honest debate between revolutionaries and why the goal is not to win. […]

February 27, 2017 by MHI Resistance to Trumpism

February 4, 2017 by MHI Resistance to Trumpism

Saturday, Feb.4—For the ninth day in a row, spontaneous demonstrations against Trump’s “Muslim ban” are going on all over the country, as well as in London, Paris, Jakarta, Australia, and elsewhere. Protests are continuing in […]