During the 2016 US presidential campaign, many self-proclaimed leftists helped to enable Donald Trump’s ultimate victory by normalizing him, making him seem no worse than his principal opponent. A key element of this normalization was the gleeful propagation and exploitation of e-mail messages that Putinite operatives stole from John Podesta, chairman of the Clinton campaign. More recently, some of these same self-proclaimed leftists have been busy running interference for the Putin regime.

Karl Marx wrote that “The Communists disdain to conceal their views and aims.” That is just one of the many things that made him different from the “leftists” who are running interference for the Putin regime. By presenting themselves as skeptics who simply question the quality of the evidence of a Trump-Putin nexus and Putinite interference in the 2016 US presidential election, these “leftists” have been quite good at concealing their aims. But as more and more evidence is made public, this “skeptical” stratagem is becoming less and less convincing, and their real aims are starting to be revealed.

The “skeptical” stratagem works like this. Don’t let yourself be labelled as an apologist by saying anything positive about Putin or Trump, or by forthrightly denying the existence of a Trump-Putin nexus and Putinite election interference. Instead, present yourself as a disinterested observer who wants “just the facts, ma’am.” But—and this is the key to the stratagem—don’t deal with the facts in a responsible manner. Engage in “whataboutism.” Impugn the sources of information. Cherry pick the facts: ignore those that you can’t easily explain away, while highlighting the “gaps in the fossil record” and some journalists’ isolated errors and misstatements. Above all, assiduously refrain from providing a responsible interpretation of the evidence—that is, an interpretation that best makes sense of the evidence, taken as a whole.

Aaron Maté’s recent attempt to evade responsible interpretation is a perfect example of this aspect of the “skeptical” stratagem. Maté, a host and producer of The Real [sic] News, was interviewing John Feffer of the Institute for Policy Studies, a progressive thinktank. (The most relevant part of their exchange starts at around 14:30 here). Again and again, Feffer patiently explained to Maté that the conclusion that the Putinites interfered in the election is the interpretation that best fits the facts. And he kept ever-so-gently challenging Maté to provide an alternative interpretation that fits the facts better—but to no avail. Finally, Maté’s desperate response was: “the absence of evidence of another party doesn’t for me [!] lead to the conclusion that it was Russia.” 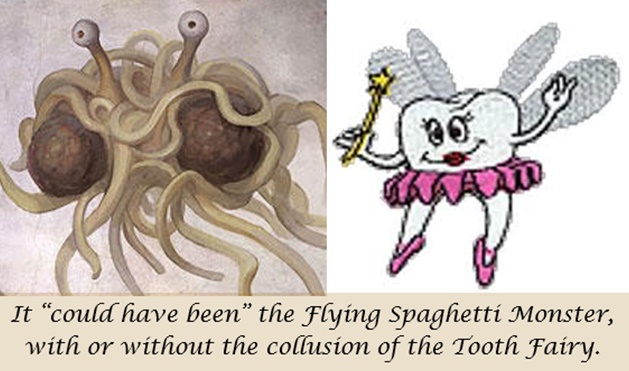 But as I said above, as the evidence continues to mount, the “skeptical” stratagem is becoming less and less effective. Glenn Greenwald is probably the most prominent of the “leftists” who have responded to the Putin-gate revelations by playing the skepticism card. Recently, however, investigative journalist James Risen got Greenwald to admit that his preference for picking nits with the evidence, rather than interpreting it responsibly, has something to do with the fact that he regards the evidence of Putinite election interference as a “political threat to” his “political agenda.” (The exchange starts at 55:54 here.)

The political agenda in question is supposedly to head off a new cold war. But even more recently, on Facebook, I got a former friend—an actual friend, not just a Facebook “friend”—to reveal a more nefarious agenda. You are about to learn why he is now a former friend.

He had been part of the pick-nits-with-the-evidence crowd. But in light of the mounting revelations—and, perhaps, the recent murders of opponents of Putin in London, where he lives—he came out and wrote, in response to comments I made at last year’s Left Forum,

So there you have it. He seems to regard the Putin regime as his government (although he is English), and he welcomes the attack on US citizens’ democratic electoral rights because it is supposedly a blow against “imperialism.” He thinks of himself as a socialist, but there is one capitalist regime he can’t bring himself to oppose. When I wrote, “I’m not going to discuss this further with you, unless you clearly support the elimination of Putin and his regime,” he just couldn’t bring himself to do so.

The thread ended when neither he nor the other “anti-imperialists” (or hired trolls?) managed a response to the following comment of mine. (I say that none of them “managed a response,” rather than that I prevented them from responding, because I didn’t block anyone before they had ample time to respond.)

Look, agents of Putinite-Trumpite capital, before I block you, I want you to know why.

I now live in constant fear of having to flee or being imprisoned or being killed by thugs or fascists, and you bear responsibility for that.

I live in constant fear of a coup, and you are responsible for that.

The probability of nuclear war has increased massively, and you bear responsibility for that.

Heather Heyer was murdered by a neo-Nazi, and you bear responsibility for that.

ICE is rounding up and deporting more and more immigrants indiscriminately, and you bear responsibility for that.

Immigrant communities are being torn apart and gripped with fear, and you bear responsibility for that.

Racist attacks against Black and Brown people and Jews have spiked, and you bear responsibility for that.

Health insurance has been taken from millions of people, and there’s a constant threat that it will be taken from tens of millions more, and you bear responsibility for that.

I want you to stop being enemies of humanity. I want remorse from you. I want you punished.

But of course, that’s not going to happen. …. You regard me and the tens of millions of other victims of Trumpism-Putinism here as mere collateral damage in your holy war against neoliberalism or “imperialism” or whatever.

And THAT is why you’re being blocked.

Of course, these “anti-imperialists” aren’t direct perpetrators of the new horrors being inflicted on the residents of the US. But they are certainly accessories.

I have not yet given up hope. As Marxist-Humanist Initiative’s new Perspectives state:

those who helped enable Trump’s victory can still change their ways, and acknowledgment of wrongdoing is a precondition for real change. Otherwise, the best we will see from them is a change in their line, not the needed re-evaluation of everything––all of their political positions and political aims––that would allow them to identify the underlying reasons why they were so disastrously wrong. [p. 9]

A good place for the needed re-evaluation to begin is by reflecting on the import of regarding innocent civilians as collateral damage in one’s holy war against neoliberalism or “imperialism.”

Jade Saab returns to RFH to discuss Lebanon’s protest movement in the wake of the August explosion and the government’s resignation. The interview also explores the future of Lebanon’s religion-based power-sharing political system, and the roles of activity and thought in overcoming obstacles that the protest movement faces.

The current-events segment is on Trump succumbing to COVID-19, Glenn Greenwald’s attempt to use this news to take a shot at Democrats, and the completely different, revolutionary-humanist perspective articulated in MHI’s new editorial, “Trumpism, Democrats, and How to Vote from the Left.”

Anne Jaclard of MHI and the co-hosts defend Alexandria Ocasio-Cortez’s video on the Capitol Insurrection, and AOC’s refusal to collaborate with Ted Cruz, against Glenn Greenwald’s sexist, red-brown attack on her. The discussion focuses on Greenwald’s presumption that women who suffer no physical injury haven’t been harmed; the desire to unite “the left” and “the right” that underlies his rant; limitations of other criticisms of Greenwald; and why misogyny remains pervasive within “the left.”

Plus current-events segment on the Senate’s (2nd) acquittal of Trump and government efforts to fight white-supremacist terrorism.