by djb, a Native American

There are a lot of problems with how Native American tribes are governed, and yes, the process is largely a government institution, and I have no love for Biden or the Democrats. But I was glad to see that one of the things Biden ran on was support for federal recognition of the Lumbee tribe in North Carolina. In an odd mix of frustration and happiness, I’m really happy that in some “official” way or another, the Lumbee people will be acknowledged as the First Peoples on this island. 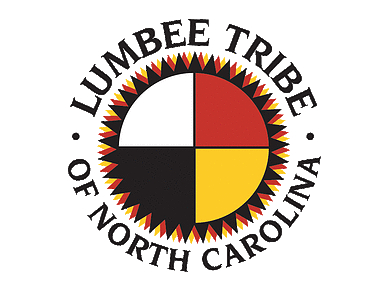 I was also overwhelmed to see how indigenous people in New Mexico, Arizona, and Wisconsin made a difference in the vote to get that lunatic out of office.

Our work, obviously, will still continue, but it’s nice to think that maybe in contrast to the last four years, I can now advocate for working people everywhere from an actual advocating perspective, instead of a defensive one. I know my trans, lgbt, and poc friends were just as relieved and emotional as I was about Trump’s loss.

I will gladly eat crow for having doubted the need to vote against Trump. Not only did Trump lose, but his attempted coup has been met with laughter. He appears pathetic and wounded and on the outs. I still am hesitant to count him out completely — he’s like the monster in a horror movie that always has one last fight before it’s vanquished. But still, it seems the argument of “overwhelm the steal” worked. Joe Biden is now the most voted for person in a presidential election ever.

The second most voted for? Donald Trump. His base is not going away, and the electoral victory is not the decisive defeat of Trumpism we needed. His supporters are still present and stirring. God knows, the people trapped in the Q cult are not going away. The GOP, which saw its membership vote overwhelmingly for Trump (93% of Republicans voted for him in 2020 as opposed to 90% in 2016; so much for moderate Republicans, Joe), has control of the courts and the Senate. In 2024, Tucker Carlson or Tom Cotton (who already has an election HQ in New Hampshire) may ride a wave of discontent to the White House. And in 2028? By then elections will be irrelevant and the climate apocalypse will be inevitable.

Biden himself has called the next few months “the long dark winter.” The highest rates of COVID infection yet occurred on Election Day. We are facing a massive wave of coming evictions.

Two teens in my extended circle recently attempted suicide. Luckily, they are okay. But, I cannot help but feel as if the misery and hopelessness of the world as it stands has contributed to their sadness, and the sadness of the many others is contributing to the rising rates of suicide.

I do see evidence of one silver lining (beyond the obvious one), which Tom Bonier, a Dem political strategist, tweeted out. I will quote the tweet in full: “Later on I’ll share more thoughts on what the data shows as to the flipping of Georgia, but I’ll add one high level note now — for those suggesting BLM cost Democrats seats, the movement had 13 pt net favorability in Georgia, and Biden won among those voters by landslide margins.” During the uprising in May, Dems saw a huge boom in registrations. It wasn’t the Dems that won this election, at least wholly–it was the uprising. I do take some solace from that.

by David, a former union employee

This year was the first year since 2008 that I voted. In the past, I generally accepted the Eugene V. Debs adage that, “I would rather vote for what I want and not get it, than vote for what I don’t want and get it.” However, this year was different. I discovered through Marxist-Humanism that voting is not about me and what I might want or not want to do. It is not about empty candidate platforms and promises of “doing something for us.” It is not about supporting a candidate or party or even lesser evilism. It’s not about inviolate principles.

This year it was just about getting Trump out of office so that we can turn to getting rid of Trumpism – jingoism, racism, sexism, bigotry — and, in the process, build a new society, neither capitalist or state-capitalist. That will not come through the ballot box. For more on this idea, see Marxist-Humanist Initiative’s editorial, “Trumpism, Democrats and How to Vote from the Left.”

I used to work for a big labor union. I revoked my voter’s registration out of anger at the way the union operated in elections. I rejected the whole process and experience of electoral politics.

So in order to vote this year, I had to re-register. I had been protesting my union’s pressuring members and staff to vote and campaign for candidates (“on your own time, of course”). They were to “represent” us, nationally and locally. Millions of dollars were raised in a process that extended year-round to fund PACs (Political Action Committees) that, in turn, funded candidates for office or for re-election, all chosen by the union bureaucrats – a process that promotes the elitist view that we are incapable of self-government and, thus, need someone else to “do things for us.”

And we were also inspired by “political experiences” like these: a candidate running for Congress in my state, whom I met at a Labor Day event, asked me, “Where the f*** is my (PAC) money?” My union had apparently promised him a sum. With “friends” like this, we were surely going to be “taken care of.” Or when we were cajoled into participating in “labor walks” where we went door-to-door “campaigning” for a Democratic candidate — “our candidate.” In the briefing before a walk, I mentioned that I would go door-to-door but would use the opportunity to promote Medicare for All. I was immediately told that that was prohibited and, besides, the candidate doesn’t support Medicare for All. So shut up and get with “the union program”!

Trump was defeated, period, the end. Good riddance. Now let’s get on with all the real work we have to do.

“Workers’ Self-Organization: New Unionization Drives and Their Contradictions,” by Gabriel Donnelly. Workers are challenging entrenched union leadership and the NLRB, and leading grassroots unionization campaigns. Where could this lead? […]