MHI’s editorial on the extraordinary dangers of Donald Trump and Trumpism expressed Marxist-Humanists’ opposition to both Trump and Hillary Clinton, but pointed out that “[t]o falsely equate Trump and Clinton is to ignore the grave threat to our civil liberties and lives that Trump represents.” It urged the “relatively small number [of people] who live in the handful of ‘battleground states’” to

bear firmly in mind that defeating Trump is the crucial immediate task and thus vote in a way that minimizes the chance that he will be elected. This election is not about you. Your vote isn’t an act of self-expression or personal morality.

Some of MHI’s critics on the Left tried to divert attention from the editorial’s critique of their pro-Trump, soft-on-Trump, and understanding-of-Trump positions. They disingenuously characterized the above statement as support for Clinton and/or a call for people to vote for Clinton.

Presidential candidate Evan McMullin’s newly realistic chance of winning Utah’s six electoral votes provides a welcome opportunity to expose this falsehood and make the critics shoulder responsibility for tacitly aiding and abetting Trump. RealClear Politics’ latest polling average for Utah indicates that McMullin is tied with Clinton at 25.2%, only 5.5 points in back of Trump. 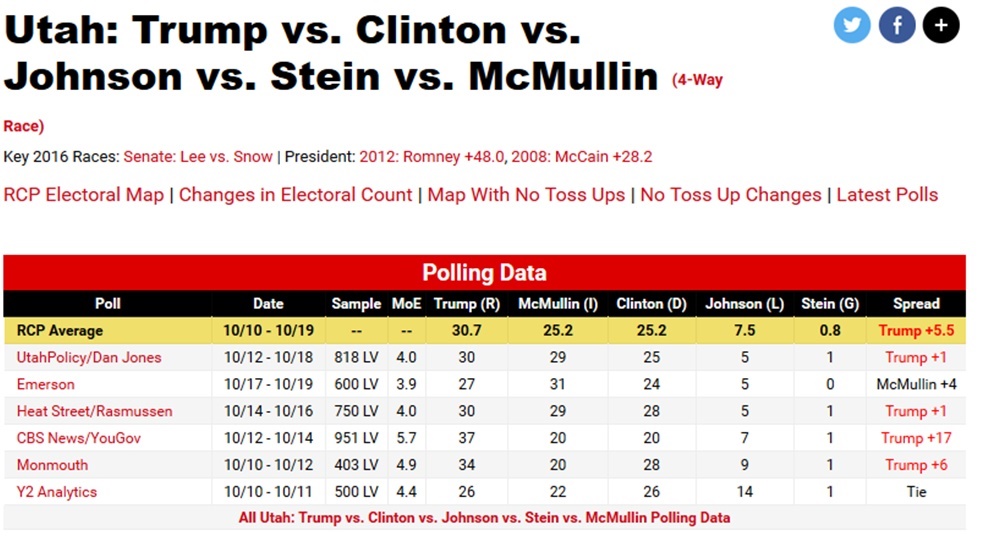 Furthermore, the polls seem to suggest that support for McMullin is growing, while support for Trump and Clinton is shrinking. If this apparent trend continues, then Utahns who concur with MHI that “defeating Trump is the crucial immediate task and … vote in a way that minimizes the chance that he will be elected” will cast their ballots for McMullin.

Although Clinton is strongly favored to win the national election, there is still considerable uncertainty lurking underneath the polling results. FiveThirtyEight’s “polls-plus” forecasting model indicates that there is a one-in-three chance that the election will be close—i.e., that either Trump will win or that Clinton will win by a narrow margin. Therefore, even though Utah is a small state, depriving Trump of its six electoral votes could certainly be the event that deprives him of the presidency.

No one should support McMullin. He is an arch-conservative, anti-abortion, NeverTrump Republican running as an independent. But voting isn’t supporting. Voting for McMullin may prove to be the best way for Utahns who do not support him, but who understand the main immediate task we face, to keep Trump out of the White House.

This distinction may be a difficult one for the dialectically challenged. But to me, it is straightforward, even obvious. 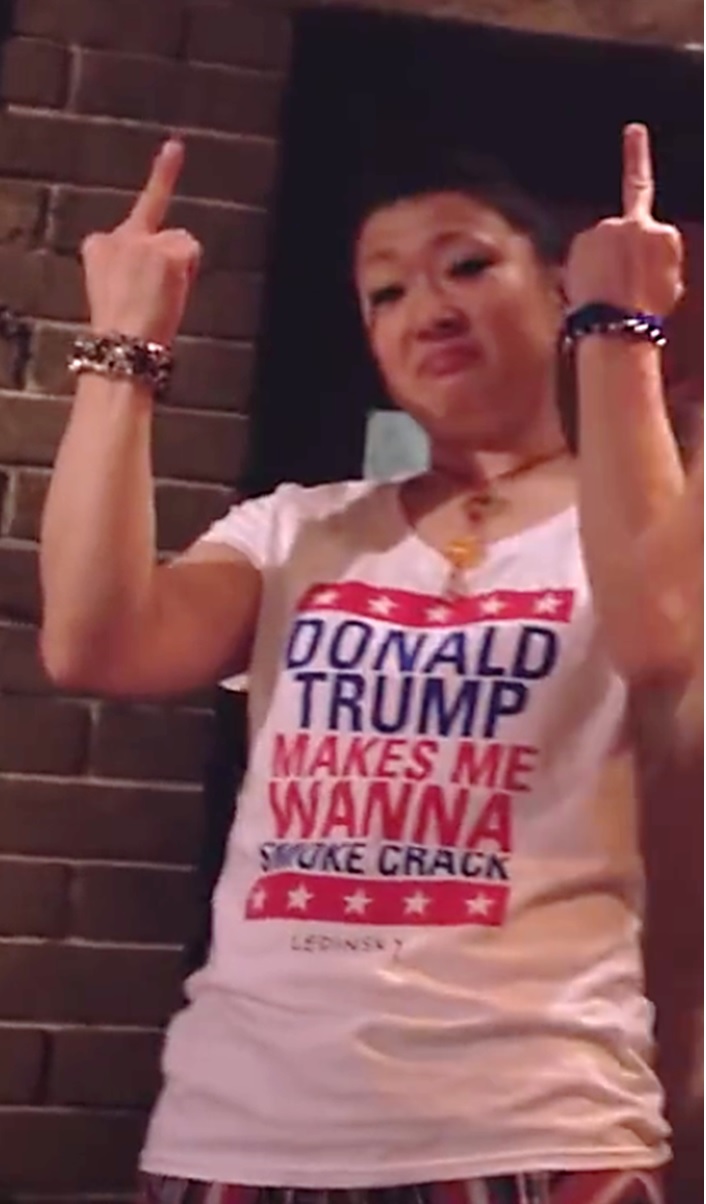 MHI participated in three panels at Left Forum 2016: “The Vanguardist/Spontaneist Binary and the Marxist-Humanist Alternative,” “Overcoming Capitalism”, and “Human Rights Industry and Commodification of Public Spheres in Iran.”

Will We Allow Trump to Get Away with Fomenting White Supremacy and Racist Violence?

We cannot count on any part of the U.S. government to rescue us. It did not force Trump to repudiate his vile response to the white-supremacist violence in Charlottesville. Our real hope lies with the Resistance that can bring Trump down.

We are living the consequences, 150 years later, of the failure of the Civil War and Reconstruction to uproot the plague of racism. We need to do what it takes to stop Trump from fomenting white supremacy and racist violence NOW, and to uproot them permanently. […]