The response from Trump’s regime was dispirited and comically insipid. Rudy (“Truth isn’t Truth”) Giuliani, Trump’s lawyer, barely managed to croak that “[t]here is no allegation of any wrongdoing against the President in the government’s charges against Mr. Cohen.” Right; the text of the plea agreement contains no such allegation. Cohen took it upon himself to implicate Trump as his co-conspirator, with the knowledge and consent of the Department of Justice!

Yet while Tuesday may have been an appropriate moment for celebration, today is not. This is no time to let Resistance slacken. Contrary to what liberal and moderate pundits are saying, the system of “checks and balances” is not working; Trump’s regime remains an extraordinary threat to the rule of law and bourgeois liberal democracy.

The Manafort trial was brought by Special Prosecutor Robert Mueller as a result of his ongoing investigation of the Trump campaign and presidency, for collusion with the Russian government to influence the 2016 presidential election, and for Trump’s obstruction of justice. Prior to becoming the chairman of Trump’s election campaign in 2016, Manafort was a long-time Russian-government surrogate in Ukraine and the US. He faces a second trial on other matters in a month, and can also be re-tried for the ten counts in the first trial that the jury was unable to decide on.

Cohen was Trump’s lawyer and “fixer.” He is being prosecuted by the Justice Department office of the Southern District of New York, for ordinary tax fraud and related matters. The matter was referred to it by Mueller’s special unit. Cohen “knows where the bodies are buried” (figuratively; and maybe literally), and everyone––including his attorney, Lanny Davis––says that he will now talk. On Tuesday, he pled guilty on eight counts. The two counts that involve Trump pertain to Cohen having made illegally large campaign contributions and having failed to report the contributions. The campaign contributions in question were payoffs to Stormy Daniels and Karen McDougal. Shortly before the 2016 election, Trump directed Cohen to buy their silence about their earlier affairs with Trump. 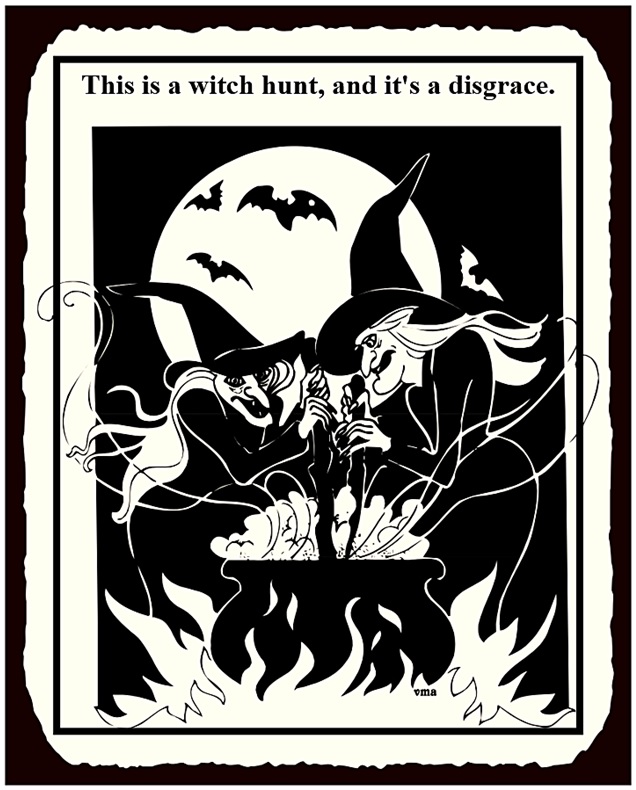 Although Tuesday’s events may well be the beginning of the end for Trump, they also may well not be. He is in deep trouble but––contrary to all of the rhetoric about “the system is working”––the trouble he is in has little to do with “checks and balances” or any well-oiled, smoothly-turning machinery of the US legal system. What has brought us to this point is, instead, a good deal of dumb luck.

For example, consider why Trump is now, in effect, an “unindicted co-conspirator.” It just so happened that Michael Cohen, his erstwhile lawyer and “fixer,” regularly recorded his conversations and failed to erase his recordings or dispose of old devices. That is dumb luck, not systemic inevitability at work. Furthermore, the fact that Cohen came under investigation in the first place is much more a matter of luck than of legal-system machinery. It just so happened that Stormy Daniels was able to enlist the services of Michael Avenatti, an exceedingly clever legal strategist, in her effort to terminate her non-disclosure agreement with Trump. And it just so happened that there was a Stormy Daniels case for Avenatti to wield against Trump and Cohen.

An even more important reason not to be complacent is that, although Trump is certainly now “caught in the crosshairs,” cornered animals are dangerous. As president, he possesses a host of exceptional powers. He regularly gives every indication of exercising these powers––if he can get away with it. Trump’s removal of John Brennan’s security clearance is just the latest indication.

Furthermore, although the Trumpite “base” is a minority of the US population, is it still very large. It includes dangerous “alt-right” cranks who have been emboldened by Trump and have entered the Republican Party, and it is backed by very powerful moneyed interests that are willing to jettison liberal bourgeois democracy in order to retain their wealth and power. These forces are determined not to let a little thing like the rule of law overturn their Electoral College victory.[1] (That victory was, of course, aided by means of the Putinite attack on the US electoral system, illegal activity by the Trump campaign, Trumpite forces in the FBI forcing a public re-opening of the Clinton e-mail investigation, and so forth.) The Resistance must be even more determined not to let the Electoral College victory overturn the rule of law.

Those who think that the U.S. has “checks and balances” that would prevent Trump from doing what he wants greatly underestimate how much unilateral power is directly in the hands of the U.S. chief executive and commander-in-chief of the military. They misinterpret previous presidents’ (partial) adherence to democratic traditions and the rule of law as actual limits on the powers of the president.

And we warned that Trump’s election would be a decisive victory for those who regard liberal democracy as expendable:

The fact that the authoritarian strongman who rules over us came to power “democratically[”] … would be used to legitimize the abrogation of more than two centuries of bourgeois democratic rights. [emphasis omitted].

More recently, in our 2018 perspectives thesis, Resisting Trumpist Reaction (and Left Accommodation), we further warned that

the relative absence of repression to date actually means only that the contradictions have not yet reached the point where Trump feels threatened enough, or, conversely, thinks his hold on power is secure enough, to mount a full-scale strike against civil rights and liberties. [p. 8 of online PDF version; p. 15 of pamphlet version]

As we redouble our efforts to eliminate Trumpism root and branch, we should do so with these warnings uppermost in our minds. We are in a very dangerous moment. Trump and the Trumpites will not go away quietly. The future of liberal democracy in the US continues to hang in the balance.

The legal authorities are getting closer and closer to Trump, but it remains to be seen whether efforts to remove him from office by means of indictment or impeachment will succeed. Some legal authorities say that a sitting president cannot be indicted (others say that he can). And impeachment will become a practical possibility only if enough congressional Republicans jump ship instead of continuing to protect Trump. Prior to the events of Tuesday, there was little indication of that happening. What will happen now remains to be seen.

A lot depends on the outcome of the November congressional elections. If the Republicans lose control of both houses of Congress, or even of the House of Representatives, it is possible that a critical mass of them will jump the sinking Trumpite ship.

We, of course, cannot count on that happening. Nor can we count on any legal maneuvers to get rid of Trump. Most importantly, neither the Democrats nor the legal system can decimate Trumpism. Only the masses can do that. The fact that Trump has been weakened by the latest criminal proceedings makes their job a bit easier.

[1] “Rule of law” refers to “the restriction of arbitrary exercise of power by subordinating it to well-defined and established rules.”

Ceaseless Self-Movement: Dunayevskaya’s Interpretation of the Dialectic of the Absolute

Andrew Kliman brings out the implications, for revolutionary thought, of Raya Dunayevskaya’s contention that Hegel’s dialectic of the absolute culminates in ceaseless self-movement, not synthesis. […]